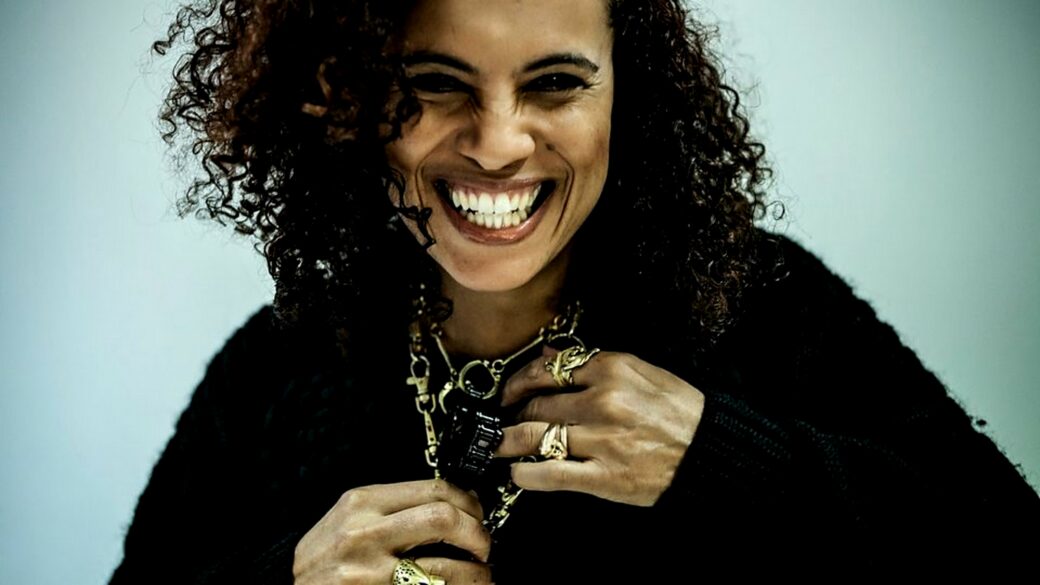 To my knowledge, besides Neneh Cherry, no other musician has a more remarkable career in the music history of Sierra Leone. I know this latest generation of Afrobeat infused Hip Hop fans will be shocked to hear this. They often confuse the difference between home-based vernacular rappers with traditional Hip Hop emcees from overseas. The beautiful thing about Neneh Cherry is that she demonstrates how auspicious a Sierra Leonean musician can be as a mixed nationality as well as one of us. From their reaction to my blog about the legacy of Shadow Boxxer, many young music fans who did not know of his accomplishments frequently challenged me by asking what he has done for Sierra Leone?

When that happens, some homeland fans suggest that the national superstar has boosted the career of the musician from overseas. Some say you are incompetent, even if you were successful elsewhere…“

According to their perspective, if a musician does not live physically in Sierra Leone while delivering hits and albums, that musician is irrelevant. An accomplished Diaspora musician could collaborate with one of the most popular superstars of his or her homeland. When that happens, some homeland fans suggest that the national superstar has boosted the career of the musician from overseas. Some say you are incompetent, even if you were successful elsewhere, as long as they were unaware of your existence. I have also felt a dense aura of nepotism, in which many music fans in Sierra Leone ignore the melodies or performances of other musicians, except that of the particular artists they have encouraged.

In other words, regardless of being a Sierra Leonean, to some of the music fans from back home and in the diaspora, it’s not about talent or accomplishment. It’s about being their favorite person. Nonetheless, in Neneh Cherry’s blog, I will attempt to prove those fans wrong. You cannot be a truly international artist while living in Freetown, making Sierra Leonean Afrobeat songs. Is it completely impossible? No! But how is it likely when that formula works in places like Nigeria (for example). They have a population of 190 million people. The Nigerian Gross Domestic Product (GDP) is 1,968.56 USD per capita. So, according to this data, every year, the average Nigerian household sees at least $1, 968 US dollars.

Multiply $1, 968 by 190 million while bearing in mind that the highly educated and privileged Nigerians could make six times or more than that each year. With that estimated amount of money flowing within their economy, at least 5 million of the 190 million Nigerians can afford to buy one musical album for 10 US dollars. When you multiply $10 X 5, 000 000, you get $50, 000, 000. That rough assessment indicates that a record label can make fifty million US dollars off one artist within Nigeria alone. That means an artist could make up to five million dollars or more off of one good album without leaving Nigeria. At 7.5 million people, Sierra Leone has only a fraction of the Nigerian population.

Again, do not forget to factor in the exception of the highly educated and privileged.”

The average Gross Domestic Product (GDP) per capita in Sierra Leone is 523 US Dollars. Divide that by 365 days in a year for a household of five people. You will find that many Sierra Leoneans live on less than $1 a day. That implies that, in our beloved country, the average family sees only $523 each year. Some may even see less than that for the whole year. Again, do not forget to factor in the exception of the highly educated and privileged. So, judging by those figures, how many of the 7.5 million people in Sierra Leone can afford to buy a newly released album for 10 US dollars per copy? We have not factored in the absence of industry-standard recording, mixing, and mastering studios.

Nor have we factored in the lack of world-class publishing and distribution in Sierra Leone. Just for reference, the Gross Domestic Product (GDP) of the United States is 59,531.66 USD. In the UK, it is 39,720.44 USD, and in Canada, it is 45,032.12 USD. Therefore, it proves to be true that the most suitable alternative to become an internationally acclaimed musician from Sierra Leone, at this moment, is to either integrate, migrate, or naturalize elsewhere. Moreover, that is overlooking the competition you may face once you arrive overseas. Folk artists are distinctive since they perform folkloric songs. In order words, a kin’s person who has opportunities elsewhere has a better chance than those in the homeland.

Such is the plight of many Sierra Leonean artists like myself who naturalized in both Canada and the United States and then went on to work with Grammy and Juno award winners. Plus, then there are those other Salone artists who were born overseas to interracial parents. Neneh Cherry is a Swedish Sierra Leonean artist who’s mother was a Swedish painter from Stockholm. Her father was folk or traditional musician, Ahmadu Jah from Sierra Leone. How many music fans from this generation knows about Ahmadu Jah? Do they consider Neneh Cherry as a Sierra Leonean artist? Do her success and accolades weigh in when they decide who the all-time best artists are from the nation?

Neneh Cherry released her first album in 1989. Since then, she has released five studio albums in total. Most of her records topped the charts in the United Kingdom and Sweden. She is a two time Grammy and several times MTV award nominee. Neneh has won numerous high profiled international awards in Danmark, Great Britain, the United States, and more. She has also collaborated with many critically acclaimed musicians in her genre. It shows that an artist does not have to switch between styles, release many albums or regularly drop regional smash hits to be recognized. Or even better, not knowing or accepting an artist’s accomplishments does not make them irrelevant to the world.*