America is slowly becoming a place where no one is safe. At the outset, it used to be the fear of getting hit by a stray bullet due to a drive-by shooting, and then it became the panic of getting your brains blown out in an unpleasant neighborhood. But nowadays, you can get shot at the movie theater or shopping mall in an affluent community. In a holy place of worship, while sitting in a classroom or walking down the streets; terror lingers in the back of your mind. As you step out of the shower, dress up in a hurry for that busy day ahead, while you walk to your brand new car, the threat looms that at any moment a deranged madman could show up with a AR 15 and execute everyone in sight including you.

We’ve ignored the division among us, fellow Americans, during every election when the country divides into red and blue states. We’ve been unable to coil racism, prejudice, and discrimination from the bedrock of most people’s psyches. And that’s why we will never see the clandestine risk of a potential civil war at hand. Yes, you read that right. America may be preparing for a civil war. I say this because, in all my experience, I’ve never heard of people stacking up on high powered weapons just to shoot beer cans in the woods. The gun is everything in America. The government depends on it, law enforcement would be helpless without it, and so we have radical groups of fellow citizens who cling to their rights to bear arms. In my observation, every single time a gunman goes on a killing rampage in America, people have the same hollow debate. Gun lovers who dread a government takeover of their right to own guns fear they won’t have an adequate defense to take a stand should authorities challenge them to submit further than they are willing to bend. Therefore, clinging to ancient constitutional amendments that allow citizens to bear arms under the guise of hunting or self-protection is their vindication, On the other hand, anti-gun patriots enthusiastically confident in the government and law enforcement, promote not only new, stricter gun laws but an indefinite ban on firearms in general. So, while the country reels in grief and fear over a recent deadly shooting, we soon get distracted by the next breaking news… until another gunman assaults another group of unsuspecting citizens.

Then we have the same aimless debate about guns again. As a naturalized citizen I have never been able to shake the American fascination with violence and guns. The telling one’s unfortunate story of a war in a song is far different than a brazen claim to murder. The question is why? Why is it that in such a prosperous nation where life is supposed to be innocuously beautiful do people get ambushed unsuspectingly at political rallies, movie theaters, religious gatherings or at a workplace or inside a classroom? A simple trip to the mall can be catastrophic for a benign citizen. Isn’t it somewhat wearying that some people want ethical standards repealed by the law, but they do not want gun laws to be changed? This is where my truth gets tainted as a rant… When some of us African Americans kill each other in urban streets. Out of frustration from poverty local gang wars are not excused on the grounds of insanity. In many cases, the killer had illegal weapons. When some young Latino immigrant joins a vicious gang for support in a society that only sees their kind as janitors and gardeners, they are not excused on the grounds of insanity. When a Middle Eastern extremist commits suicide to destroy us, their unbeatable enemy; we do not condone them on the grounds of insanity. In almost all of these cases, the weapon was bought on the black market. In each of these cases the cold-blooded killing was targeted to a specific person or group involved in the beef, and when the killer gets caught, he is thrown into prison for the rest of his life while no one ever attempts to understand why. In our minds, it is unthinkable to even justify or rationalize the action. 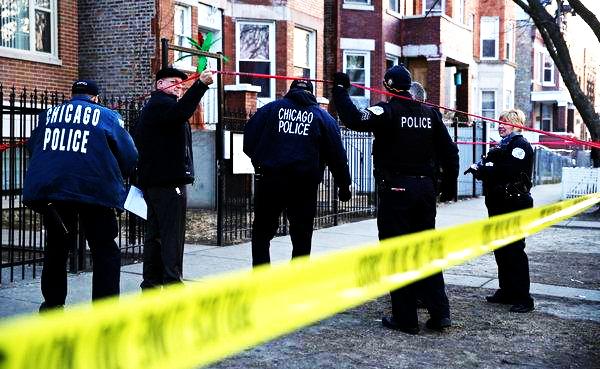 How then can we excuse anyone who takes a loaded AR15 into a school and shoots at a principle, school teachers, and 6-year-old kids after murdering his own mother, on the grounds of insanity? How insane is this murderer if he understood to take his own life to avoid justice? This temple, movie theater, college, workplace or school shooters in the last few years have all been Caucasians who acquired their weapons through a legal source. In most cases, they are from affluent families, and they commit these acts of atrocities in the same middle-class communities where they grew up or lived. So if the gang banger is not insane and the terrorist is not mad why are these shooters even closely described as anything other than the cold-blooded murderers they are? To me, all these shooting rampages are premeditated, calculated, well-plotted acts of domestic terrorists committed by mentally sound individuals who for whatever reason were able to gain access to a deadly weapon. I think these shooters are able to hide behind their so-called insanity because people believe it. And I know they are different than the NRA member who worries about his or her right to carry assault weapons. And because of their selfish acts, several law-abiding citizens will end up losing their rights to bear arms. This is the dilemma we face in America. We blame Hollywood, video games, and even the mediocre rapper from the ghetto for inciting the thought of violence but we rarely blame the one big reason – the cold-blooded killer himself. If you look at it, our society is evolving in one big cycle of godless hypocrisies.*