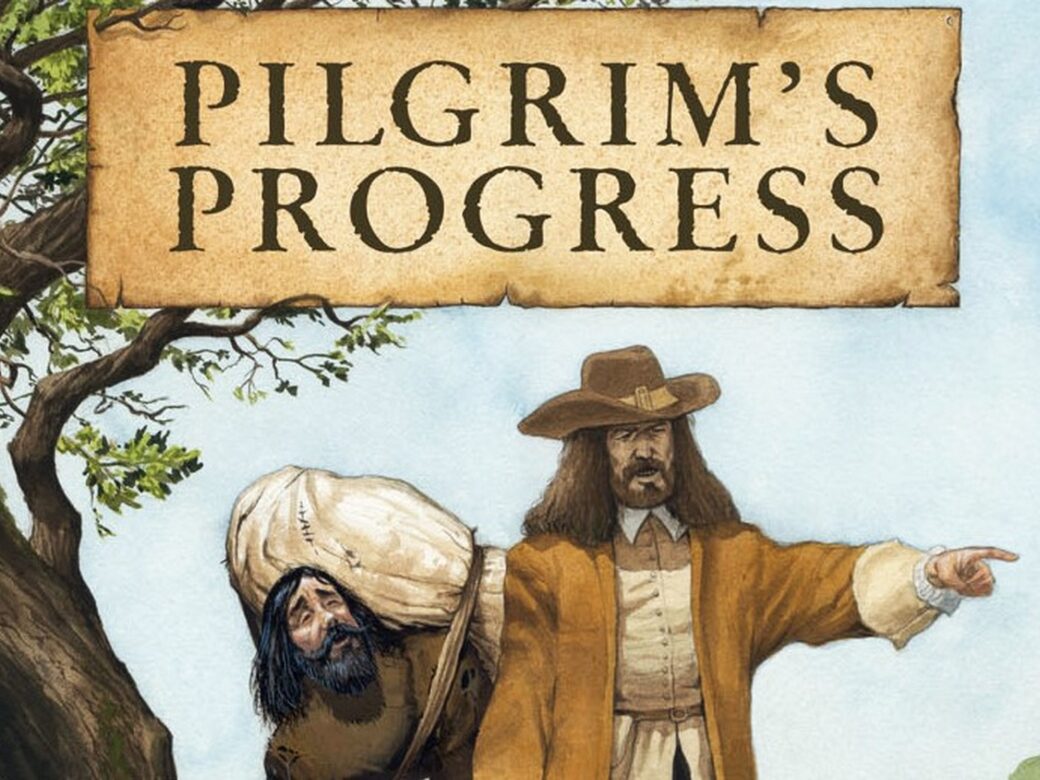 Pilgrim’s Progress is the world’s second-highest bestseller after the Bible, the best-selling book of all time. It is a narrative of self-sacrifice, perseverance, hope, and success. Many have used it as a blueprint for their ascertainment to ensue. If you are a Christian, I would say this book is a must-read. Fortunately, there are also films about the account. Here you will find a modern rendition of timeless fiction. Before that, allow me to show my respect for the author, John Bunyan. The reason why I rate this story is simple. When I was little, I was touched when I first saw the movie in church. It was in the ’80s when I was a little boy in Liberia. They played a grainy black and white version on an old projector reel.

I believe each writer has to fulfill their calling. You walk it long before you know it. That path itself is a living breath of spirit. And as such, if you know your story, you will be intrigued by the fabrications of other writers. An author’s dream is not only to highlight the information they know but also to pen an inspiring bestseller. Since that is a success that only a few have accomplished, most writers come to admire not only the works of other great composers but also to enjoy the author’s biography. When it comes to Pilgrim’s Progress, the dreamer’s publication is from none other than the legendary John Bunyan, a 17th Century English writer, and a preacher from Elstow, Bedfordshire in the United Kingdom.

It is fascinating to learn about authors who died while realizing their dream. You stop by hundreds of years later, and there are a gravestone and a library of the creative works they left behind. What could be more inspiring? Growing up in a Christian community, this story came as an encouragement to strengthen my faith. However, I was born a skeptic. I was the boy who challenged Scripture at Sunday school. To whom were the children of Adam and Eve married? Why wouldn’t an omniscient God see Satan for who He would become? If there was a catechism, I examined it. So I must admit, I thought Pilgrim made a stupid decision by leaving his family to die among strangers while pursuing a fantasy.

At the time I watched the movie, I was cynical that it ended with Pilgrim’s death. That means he never returned to his family. If the journey was full of pitfalls, it also says that he suffered. So in my mind, he left his comfortable home, family, and friends just to suffer and die. Years later, as I got older, I realized that my life is also a journey. I have to make difficult choices, persevere and remain determined to achieve my goals. When that happened, I thought of Pilgrim and used his courage as a source of motivation. Every time I asked someone, they hadn’t heard about it. The book and even that old, grainy black and white film were hard to come by. No matter where I looked, I could not find the Pilgrim’s Progress.

When I think about it, my excitement for the new Pilgrim’s Progress animated film may be based on the memories the story evokes in me. Then I look back and ask, what could that be? I struggled as a Christian child. I was abused and often felt inadequate. What had I not done to be a member of the choir? But I never became an official affiliate. At that time, my pastor was judgmental, and many, if not all, of my Church members, did not like me. Eventually, I took my love of music to the street, where I became a Gangsta Rapper. To this day, I would advise people to be Christians, but I have never dared to join another church. You say church, and I imagine it will catch fire because of my sins.

But… “Imagination is what gives us the ability to visualize the things that we cannot see. It is how we see, feel, hear, taste, and smell elements that make up our world even when they are nowhere near us. Reason, knowledge, and logic are essential. We need to be inquisitive, ask questions, and seek to understand. But logic and reason alone are not enough.” I’m a Christian at heart, and I love this story in ways that I cannot explain. It’s probably one of the first pieces of literature that I’d recommend even before we discuss Shakespeare. But that’s just me, European folklore could be another reason why I embrace my life in Europe. Only a few things make me happier than the right back in the day story.*