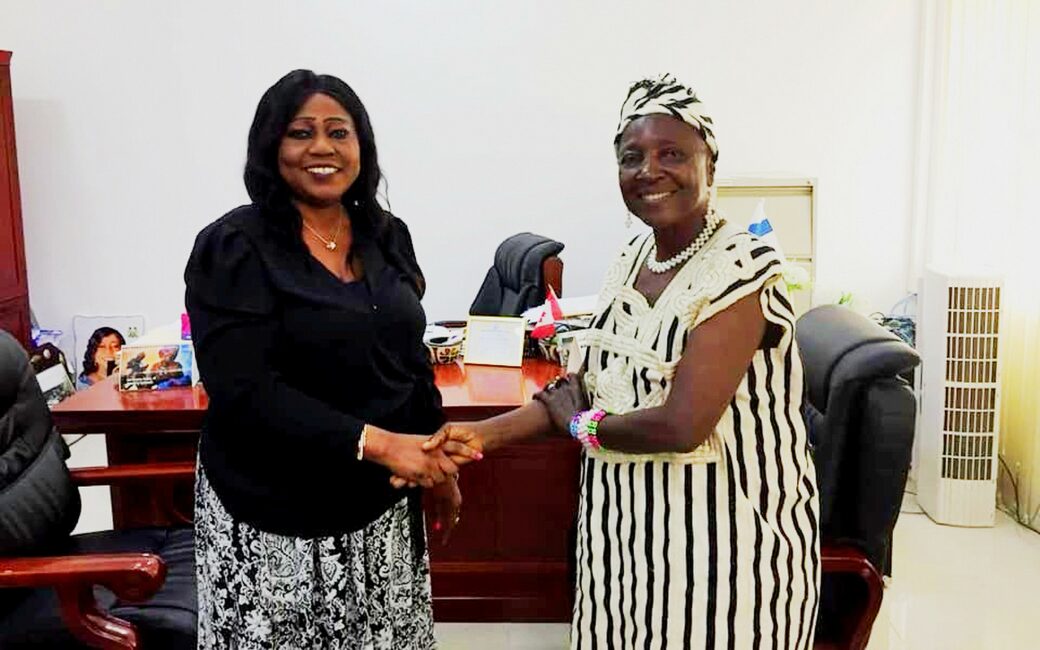 Years ago, I covered Sierra Leone in a two-part blog about music and dance cultures in Africa. If you would like to read that article, click HERE. The universe has bestowed the fascinating country of Sierra Leone with hundreds, if not thousands of talented people. One of the areas of such a celebrity is in the field of music. Over the years, we have seen various instrumentalists, singers, and rappers who have played a pioneering role in the country’s musical history. One of these musicians is a woman named Amie Kallon. In this blog, I will highlight her work and ATTEMPT to describe its uniqueness from a Hip Hop standpoint. My intent is to describe the importance of authenticity in the legacy of this singer.

Amie Kallon played an important role during the Sierra Leone Civil War (1991-2002) as she was one of few artists who continued producing music and made public her views on the rebels.”

In the article, “Women in Sierra Leone Music,” that the online magazine, Music in Africa published, Esther Kamara wrote: “She was born and raised in Kenema (eastern Sierra Leone) and belongs to the matriarchic Mende tribe. She is one of the most influential musicians of her time. Amie Kallon played an important role during the Sierra Leone Civil War (1991-2002) as she was one of few artists who continued producing music and made public her views on the rebels. Kallon performs traditional Mende music, sung in the native tongue. Part of her repertoire are parables and Mende folklore. A live performance of hers includes 8-10 instrumentalists and dancers. It is unclear when Amie Kallon started her musical career, but she is currently still active.”

In 2014, Soul Asylum Poetry & Publishing issued my third book, “Hip Hop Kruzade…Path of a Legend,” in Ontario, Canada. There I expressed the connection between Hip Hop and African music. I demonstrated the core instincts that drove the African Americans to fabricate Hip Hop music and Kulture, how they stem from their African origin. So, is the nature of Hip Hop musicology. It is reminiscent of classical music cultures in Africa. During that time, I also published some blogs about the musical cultures in Africa. There I described the significance of folkloric music and dance. The import of these discussions is to differentiate between Afrobeat Rappers and the original dope emcees of Sierra Leone. I want readers to be clear that I am not scrutinizing our folk music. I am more concerned with the true essence of every music genre.

…they would include classical Hip Hop drum pattern, precaution, or baseline in their rendition. That would create a sound that is Hip Hop worthy while still reminiscent of the African culture that they were trying to capture.”

If you asked Madam Amie Kallon, I guess that she would agree. Yes, it is possible to sample elements of folk music from Africa into an authentic Hip Hop song. However, that is quite different from rapping or spitting over her music. That’s because it is NOT a rap instrumental. If an emcee were to do so while maintaining the authenticity, they would include the classical Hip Hop drum pattern, percussion, or baseline in their rendition. That would create a sound that is Hip Hop worthy while still reminiscent of the African culture that they were trying to capture. Do that the other way around. The general Hip Hop, as well as the folk community, would then consider that song as a subgenre.

A sincere artist could probe back and forth between music genres. And yet, be respectful as not to upset the integrity of the styles with which they explore. For example, the pioneers of one genre may find it disrespectful to capture their sound without portraying it in its pure essence — rap over a Salsa instrumental. You must obey the rules of both Hip Hop and Salsa music and culture. There is a limit where one circumscribes if the merge has gone too far. We saw that with Lil Nas X this summer. Music fans grappled with whether “Old Town Road,” was Country or Hip Hop. The song was a phenomenon. Yet, many Country music enthusiasts questioned if it qualified as a Country song. Hip Hop fans did the same.

Government assistance in terms of showcasing their talents to tourists and having their music recorded and distributed is not yet apparent but there is some talk about it in government circles.“

That does not mean that I do not appreciate the artists who explore various sounds. The current brand of Hip Hop in Sierra Leone is Afrobeat Rap. That does not mean that I do not enjoy Afrobeat music. We have a consistent situation where artists rely on that. They put Hip Hop flows over Afrobeat instrumentals without adding any aspect of Hip Hop rhythms. We must recognize that as the birth of a new genre. When that is the case, we cannot allow music fans to bring those artists from the subgenre to eliminate the legacy of the artists who perform in the original genre. Therefore, the dopest Hip Hop emcees are rappers who play raw and uncut Hip Hop music all the time.

“In Sierra Leone, what is known as traditional music or folk music is not generally considered marketable music and is therefore seldom recorded and packaged as an important product for the music industry. Traditional musicians do not make a lot of money since their music is generally not recorded or sold in huge quantities. They usually ply their trade during public holidays and festivals in the rural areas of the country. That’s the time they get some income from fans and admirers who would throw cash at them to show their appreciation. Many work full time as farmers and small business owners. Music is thus a part time occupation for many of them. Government assistance in terms of showcasing their talents to tourists and having their music recorded and distributed is not yet apparent but there is some talk about it in government circles.”