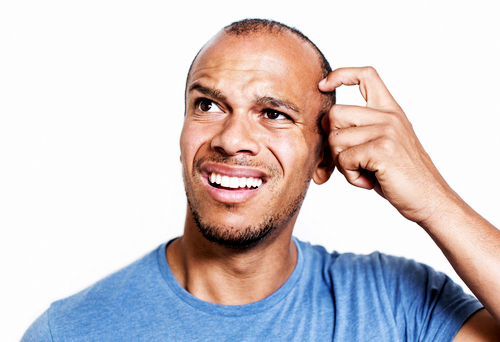 If you are a woman who reads this blog, it would be great if you consider it as a source of answers. Of course, I can not speak for every man. As you know, there are different types of men in the world. We have alpha men and beta men, hardworking men and lazy men, highly trained men, poorly educated men. Some men are naturally talented and others extremely innovative. When it comes to relationships, we have heartbreakers and cheats, serial daters or MGTOW men. There are abusers, sex offenders and there are types who are supportive, loyal and gentlemen.

DIVERSITY OF THE SEXES

We have all kinds of men and believe it or not, not all men are perfect for any woman. For example, a traditional man is a wrong fit for a radical feminist. There is nothing woefully amiss with most men in the world today. For the most part, the male character has remained constant. Instead, to respond to what is wrong with men today, we must maintain that possibly something is wrong with the information that men and women are receiving. At the same time, we must also look at the feminine side of the scale and recognize that there are many types of women just as there are different types of men.

There is nothing woefully amiss with most men in the world today. “

Therefore, if a woman does not find a man who matches her beliefs, culture or her general philosophy on the economy, religion, politics or society, she may believe something is wrong with men in general. Picture someone being a mismatch in the opposite bubble. So, if I claim that the male character has remained constant in a broad meaning then do females have a different situation on their side of the spectrum or has their nature also remained constant? If something is wrong with today’s men, we should assume something changed at some point. So far, we can all agree that over the last thirty to fifty years the consensus in our society is that all masculine energy is patriarchal or fatherly.

Furthermore, we can acknowledge that the government, educational system, corporate industries, and mainstream media have engineered and proliferated the ideology of feminism as an alternate lifestyle in the societal response in opposing the patriarchy or the father. Someone is striving to make every woman believe that she is a feminist. As such, they want every woman’s general responsibility to be the opposition of the patriarchy. Since the word patriarch means father, in essence, they teach women to question or disagree with their father. If someone does that to their father, they can no longer have respect for any man. Without that regard, how can women maintain a reasonable relationship with men?

It could be your government or your educational institution. It could be your employer or the central means of communication, like social media, symposiums or word of mouth. Everyone is preaching to the woman at this time. When a woman wakes up in the morning, several establishments attack her with all kinds of information and force her to choose what they think is right for her. Also, the main course of this extensive menu of ideas that women should consume is feminism. That’s where most people get confused when it comes to gender responsibilities. From the feminist perspective, all women are equal, no matter the religion, culture, upbringing or nationality.

They tap into global victimhoods of the female gender. Their one size fits all approach also blatantly dismisses men from exercising that same state of victimhood. There is no difference between a single mother and a married woman, nor the prostitute and the girlfriend. There is no accountability for a cheat or a den of male manipulators. That’s where the feminist lens gets it all wrong. The compensation for the various crisis that an irresponsible woman may face, such as unplanned pregnancy, comes by way of a scientific reconstruct, or a genetic mutation of the female species itself. And… with all that said, here is a list of a few ways men have gone wrong in today’s society.